DEVELOPED FOR TELEVISION BY JOHN HAWKESWORTH

Countess of Morcar’s.
Thanks.
My God, she’s back.
She’s getting out of the carriage.
Come on, Ryder, get a move on.
All right, Horner. Look lively. Get moving.
Her ladyship won’t want workmen under her feet.
All right, I finished, don’t worry. Quick job, like you said.
Oh, yeah, yeah, nice, nice.
Countess, eh?
Have to get by appointment only…
Come on, lad, out.
All right.
Over there will do.
Here, for the three of you.
Thank you, milady, and a Merry Christmas, milady.
Ring for tea, Cusack.
Yes, milady.
I need something to sustain me.
I do find preparing for Christmas quite an ordeal.
Yes, milady.
And then, a bath, I think.
Milady.
The blue carbuncle, the blue carbuncle, it’s stolen.
Open them up, there.
Oh, John, she’ll love it, it’s beautiful.
Just like her mother.
But can we afford it, though?
I told you, I made a nice little bob or two lately.
Even if I hadn’t it’s Christmas.
You’re a good man John Horner.
I’m a lucky man, a wife and kids like I’ve got, means as good as a king.
So, it’s the doll for the girl, and the boat for the boy, right?
Right.
Spending the loot already, are we, Horner?
What do you mean? What do you mean? I’ve done nothing, what do you mean?
John Frederick Horner, I hereby arrest you on the charge of stealing.
I hereby arrest you on the charge of stealing the valuable jem known as the blue carbuncle the property of the Contess of Morcar. Anything you say…
I didn’t do it, I tell you, I didn’t do it.
It’s no use, Horner, the man at the hotel gave a very good description of you.
Constable!
I didn’t do it, I tell you, let me go, will you, I didn’t do it.
Mr. Holmes? Mr. Holmes! Mr. Peterson the commissionaire from Upasit…
Oh, go away…
I’m sorry to disturb you, Mr. Holmes.
Peterson, put down your goose, and your, your hat.
It’s a fine purchase, I myself favor a goose for Christmas dinner.
Well, that’s part of the problem, Mr. Holmes, the bird is not mine.
You might say, I come by it.
«For Mrs. Henry Baker,» and obviously, not your hat.
No, sir. Well, there were peculiar circumstances, and I didn’t know what to do for the best.
It hardly seemed a matter for the police.
So I talked to the wife about it and she suggested I come and see you.
The wise Mrs. Peterson. Sit down, my dear fellow, and describe these peculiar circumstances to me.
Well, sir, it was like this.
Last night I was on my way home from a little, uh, celebration.
Well, at this time of the year some of us commissionaires meet to…
To wish each other the season’s greetings.
Exactly.
The season’s greetings.
Oh, you’re a top, sir.
Your good health, sir.
Well, as I was saying, I was on my way home when I came across what you would only describe as a «fracas».
OY!
What’s happening?
Blimey, it’s a copper! Get out of here! Get out of here!
I’m trying to help you, man!
Well, the roughs ran off in one direction and the drunk fellow ran off in the other.
I tried to stop him, but he no doubt thought I was a constable about to apprehend him for the breaking of the window.
And so you left with the spoils of victory in the shape of that battered hat and a most unimpeachable Christmas goose.
Both of which I would willingly have returned to their rightful owners, Mr. Holmes.
But the truth is, I didn’t know how.
My dear Peterson, I do see your problem.
Anyway, as I say, I discussed the matter with the good lady, and we decided that I would bring both the goose and the hat, to you, Mr. Holmes.
Seeing as how even the slightest of problems is of interest to you in your particular line of occupation.
I hope you don’t think I’m wasting your time. Mr. Holmes.
Not in the least. Now then. Commissionaire, have you purchased your own bird?
No, not yet.
Then I suggest that you carry off this goose so that it may fulfill its ultimate destiny, while I retain the battered hat of the unknown gentleman who has lost his Christmas dinner.
Well, if you think I should, Mr. Holmes.
I do, indeed. For there are signs, in spite of the frost, that this bird should be prepared without unnecessary delay.
Well, if that’s alright, Mr. Holmes.
I will of course, keep you in touch with the developments.
Very good, sir. Oh, uh, may I wish you the complements of the season?
And to you and your good wife.

But you still haven’t found the jewel.
Not yet, no, milady, but we do have the man, Horner.
Oh have a clue as to its whereabouts.
And I think we may assume that he had one accomplice, if not more.
Well, what of that?
Contrary to popular fiction, milady, there is very little honor amongst thieves, and even less with the right inducement.
Inducement, do you mean a reward?
Uh, yes.
Why should I offer a reward?
In my experience, and it is considerable, I have found that the offer of a reward would very soon set the greedy cat amongst the criminal pigeon.
Well!
I should be very surprised if I didn’t gain a result within 24 hours.
How much?

Holmes?
Oh, you’re up.
The Countess of Morcar is offering a thousand pounds for the return of the blue curbuncle.
Inspector Bradstreet of B Division is in charge of the case and has arrested Mr. John Horner, a plumber, age 36, who protested his innocence in the strongest terms.
Circumstantial evidence was so strong that the case has been referred to the Assizes.
Horner, who showed signs of intense emotion during the proceedings, faded away at the conclusion and was carried from the court. Oh, excuse me, you’re engaged.
I’m interrupting your study of that hat.
No, no, no, the matter is a perfectly trivial one.
But there are points in connection with it which are not devoid of interest, even of instruction,
that is the clue which will guide you in the solution of some mystery and the punishment of some crime.
No, no, no, no, it is just one of those whimsical little instance that will occur when you have four million people jostling each other within the space of a few square miles.
So, what do you gather from that battered old felt?
You know my methods. What do you yourself gather as to the individuality of the man who has worn this particular article?
It was accompanied by a goose, Watson.
«For Mrs. Henry Baker,» was printed upon a small card attached to the bird’s left leg.
Well, apart from the initials inside, H.B., presumably Henry Baker… I can see nothing.
On the contrary, Watson, you can see everything, but you fail to reason for what you see.
You are too timid in drawing your inferences.
Then, pray, tell me what it is that you can infer from that hat?
That the man is highly intellectual is, of course, obvious.
And also that he was fairly well-to-do within the past three years, although now he has fallen upon evil days. He had foresight, but less now than formerly, pointing to a moral retrogression, which, when taken with the decline of his fortunes, seems to indicate an evil influence, probably drink.
This may account also for the fact that his wife has ceased to love him.
My dear, Holmes.
He has, however, retained some degree of self-respect, and now he leads a sedentary life, he is out of training entirely. He’s middle-aged, has grizzled hair, which he has had cut within the last few days
and which he anoints with lime-cream. It is also highly improbable that he has gas laid on his house.
Well, now you are certainly joking.
Not in the least.
Well, I have no doubt that I’m very stupid.
For example, how do you deduce that the man is intellectual?
It is a question of cubic capacity. A man with so large a head must have something in it.
Well, the decline in his fortunes, then?
These flat brims with the curled edges came in three years ago.
It is a hat of the very best quality, Watson.
Look at the band of the ribbed silk and the excellent lining.
If this man could afford so expensive a hat three years ago 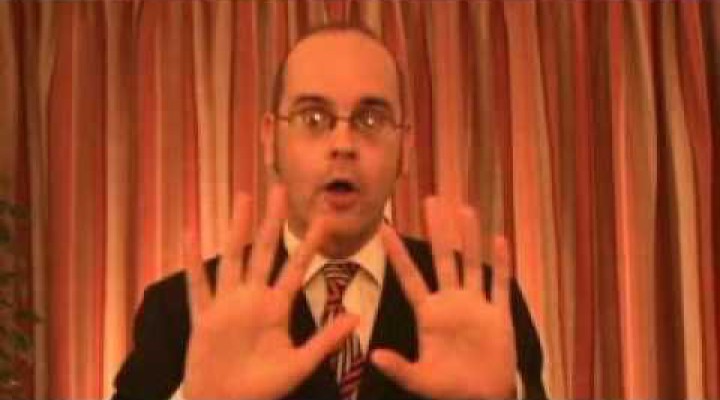 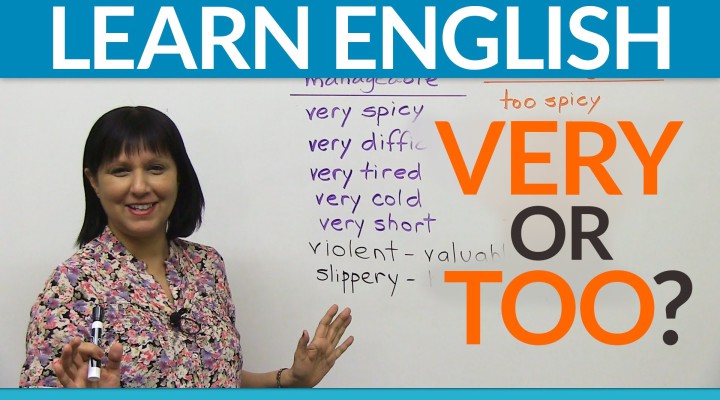 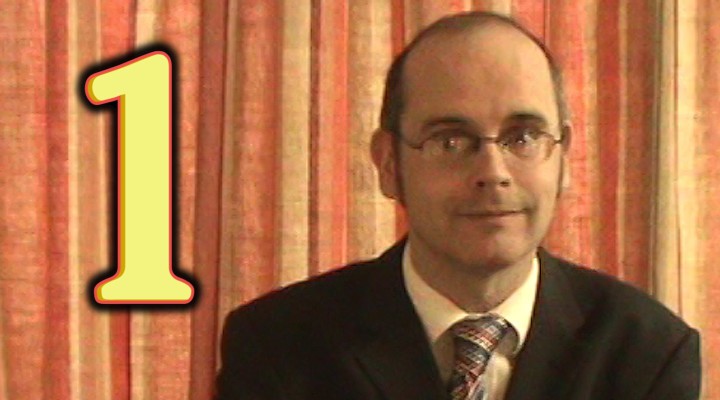 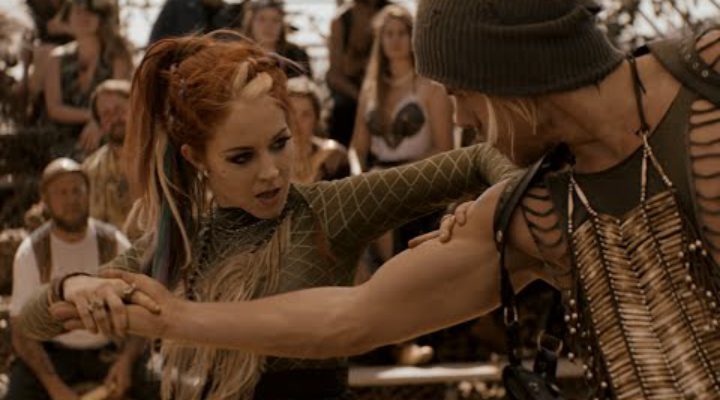